A closer look at our heroine 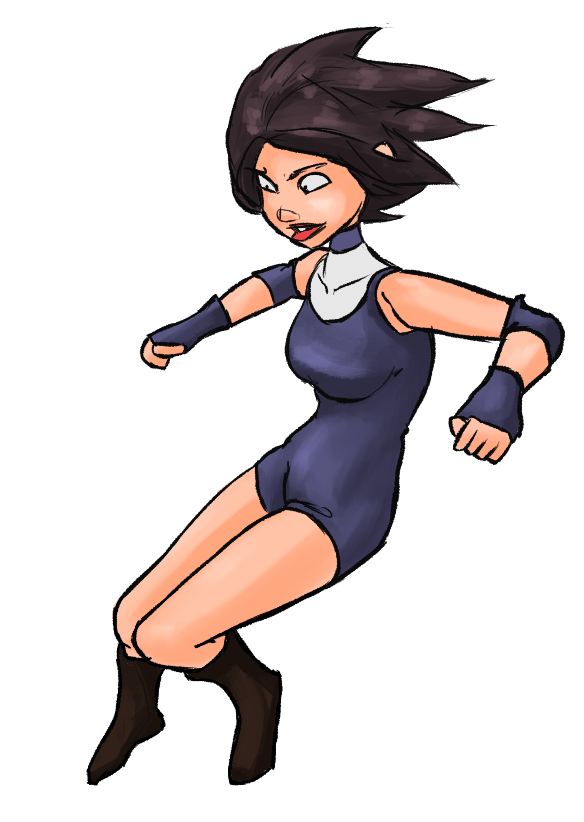 She's an android, or a bot... what do you call an NPC that become conscious and get into play?

Anyway, she live in a matrixesque universe where the whole human kind is migrated in a simulated reality (live in the physical world is too expensive due to climate/war/post apocalyptic Earth's situation).

But if she's not human, what is she? We need to talk about the lore first.

The simulated universe in which the remains of mankind now survive is scarcely populated. Given the scarcity of other people many have turned to the purchase of these AI whose purpose is quite simple: to satisfy the desire for family and cure deep loneliness that afflicts everyone.

Our heroine (whose name I have yet to decide) is the "daughter model". In ancient times she was probably ordered by a couple who felt the need for a filial figure in their household. But those are ancient times, because something mysterious happened in the past and of these NPC/IA/Androids there are no more around.

During the course of the game she will be able to face her past and her whole kind: where are all other AI? Why the human kind seems to de-evolved themselves into medieval era? I hope I will be able to unfold the complete history. But enough with the lore, I got somethin' in the works.

Three new level to testing out the latest mechanics addition (wall jump mechanics); sure, last month you had three level for her basic asset of acrobatics (running and jumping); but the latest coming feature surely need something specifically designed.

The three new levels I'm working on (the keen eye will have already noticed the different tileset: hand-drawn by me.) will feature a lot of wall-jump: there will be no option, be prepared for labyrinthine hell only the toughest will survive.

Jokes aside; these are my first actual experiences of level design. The idea is to create a challenge that is hard but not frustrating.

I count on your advice and opinions!

Now back to work, the count of my patreons has dropped by 1; considering I'm now at zero, which means it's a 100% loss Not a great news but I can understand it, there's a lot of free stuff around, much bigger and more complete than anything I can do; but I'm here to challenge my own perseverance: everything I do with 0 support, mean I am doing 100% within my own support 👽. It is a testing ground for my actual motivation.